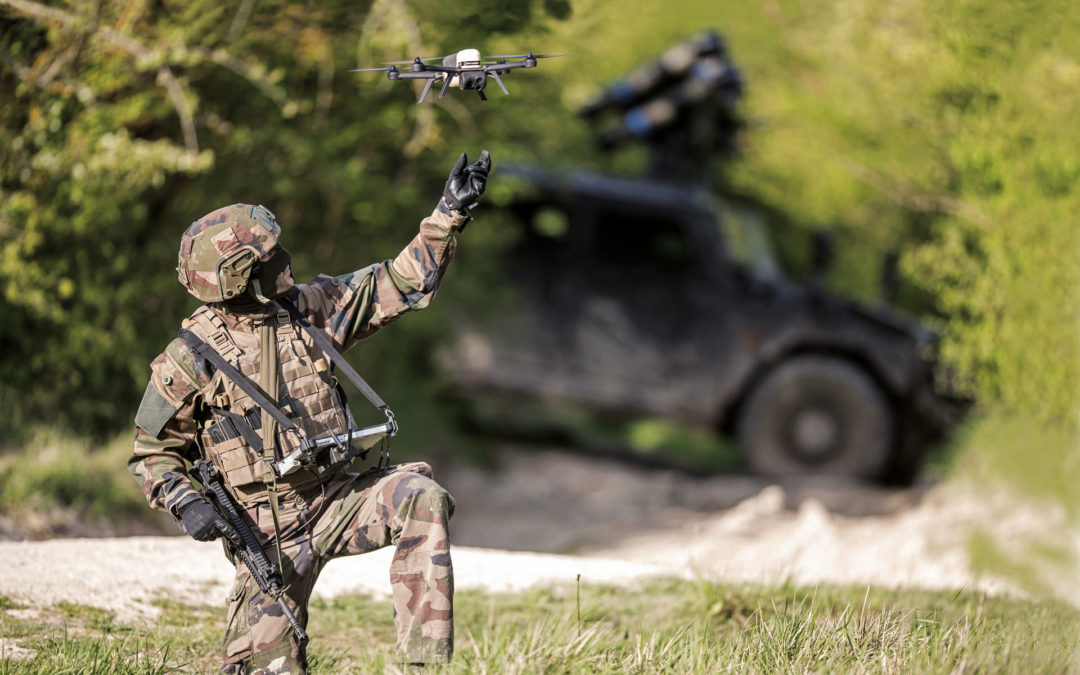 The French SME from Aix-en-Provence records the most important order of its history.  Indeed, more than 50 NX70 micro surveillance and reconnaissance Unmanned Aerial Vehicles (UAVs) have been ordered by the French Defense Procurement Agency (DGA) and will soon equip soldiers deployed in operations. Each of the 27 systems acquired is composed of two UAVs, a ground station and the associated equipments and technical support.

This year marks an important milestone in the history of Novadem. The Provencal-based SME is currently delivering more than 50 NX70 UAVs that will equip melee and support units of land forces deployed in operations. Value of the contract is reaching more than two million euros. This acquisition was done in the context of an operation emergency aiming at “quickly endowing land forces with more performing and secured detection capacities, capable of operating by day and night” stated the DGA in a press release. First units have been received by the DGA and have just gone through evaluations carried out by the Technical Section of the Land Forces.

« The NX70 UAV is the result of more than 13 years of expertise developed in the field of aerial robotics. Very early in the development phase of our solutions, we chose to work close to the operational staff in order to identify their needs. Over the past ten years, our UAVs have followed evaluation campaigns conducted by the Technical Section of the Land Forces in harsh environments (Guyana and Djibouti, among others) to adapt the product to field reality. This deployment in operation of the NX70 represents a great pride for the entire Novadem team and a great trustmark given by the Ministry of the Armed Forces to an SME », declares Pascal Zunino, President and Co-Founder of Novadem.

The NX70 in details

The NX70 has a weight of only 2.2lbs. Its flight endurance can reach up to 45 minutes and it has a range of more than 1.8 miles. The NX70 can fly even in harsh weather conditions (wind up to 40 mph, rain, dust, wide temperature range) allowing for a high availability rate. Its data links are encrypted, no information is stored on board and no internet connection is required to operate the UAV, thus avoiding risks of information compromise. The logistic footprint is limited to a single ruggedized transport case including all equipments making it easy to transport. In addition to its day and night observation capacities, the NX70 can be equipped with extended capabilities allowing it, for example, to ensure observation missions of several hours feeded from the ground by a cable that can be released in flight or to carry small devices (ex: medikit, smoke grenade, etc…). Its ruggedized ground station is compatible with defense-format maps and coordinates.

Novadem has been selling its UAVs for the past ten years and has begun its international development three years ago by signing its first contracts with the Brussels’ Police, Dutch Army or more recently the U.A.E. Armed Forces. “This deployment of NX70 micro-drone for the French Army allows to position Novadem on the international scene among one of the few suppliers of defense micro-UAVs deployed in operation,” highlights Johann Boucher, Head of Business Development. This market will allow Novadem to industrialize at a larger scale its systems and to launch a recruitment campaign this year to strengthen its team in Aix-en-Provence.