A passion, A story

It all started in 2005, when Pascal Zunino, just graduated from the National Polytechnic Institute of Grenoble (INPG), won with his team of engineers the first prize at the international contest of aerial robotics organized by the DGA and ONERA (2005 Micro-drone Contest, team CPX4). They had designed the first folding quad-rotor micro-drone of less than one kilogram, the CPX4, which was then evaluated on the Mourmelon military camp. Over the following months, several manufacturers, convinced by his project, proposed him to integrate their structures to continue his work. Witnessing the interest aroused by his vision of aerial robotics, Pascal Zunino, senses the multiple contribution of micro-drones in public safety, private security and the defense sectors (in 2005, drones were mainly used in the field of defense and weighed several tens of kilos). Convinced, he set up Novadem in 2006 (« Nova » for innovative and « dem » for electronic and mechanical development) with his childhood friend, Fabien Paganucci and his brother Eric Zunino.

The complementary skills of the three founders, Pascal in the field of on-board electronics and signal processing, Fabien in micro-mechanics and Eric in computing, will allow to start the development of a range of drones designed to meet the needs of industry, defense and security professionals. 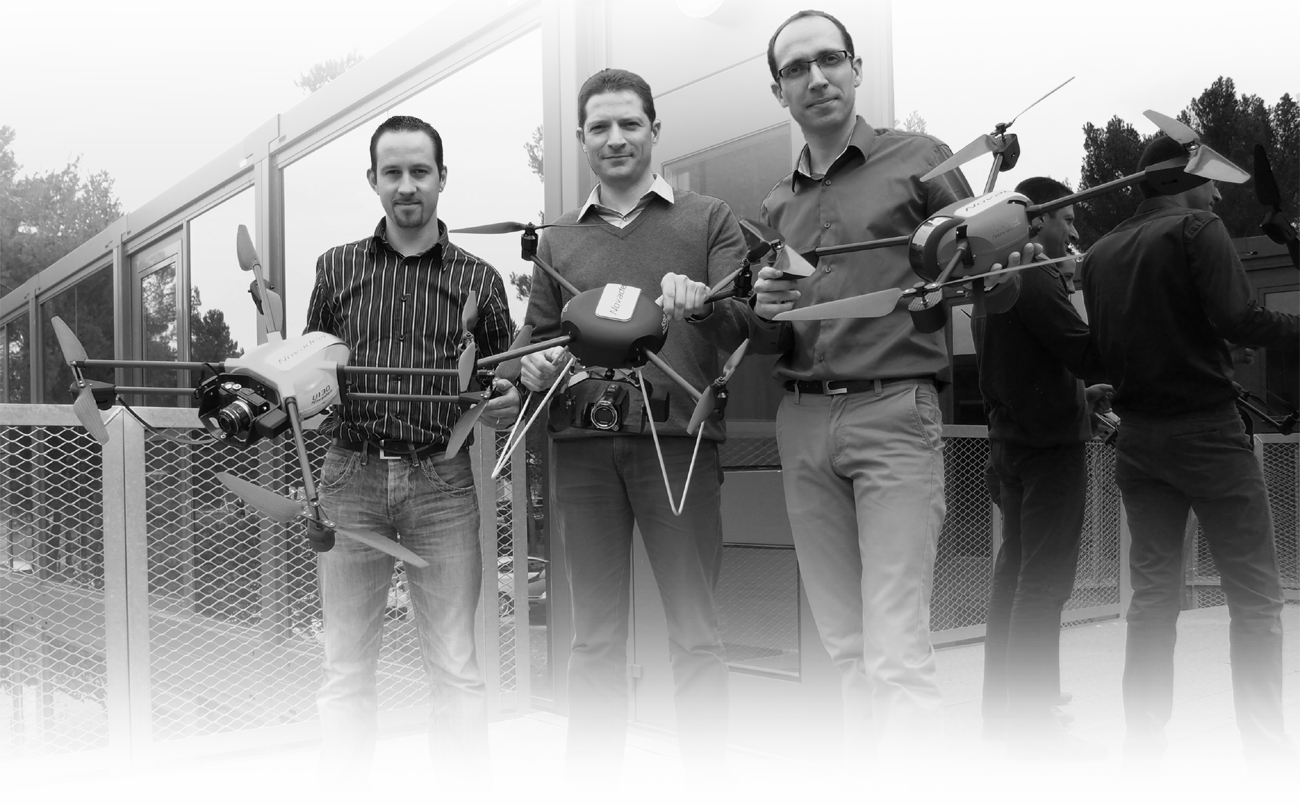 A vision, A vocation

« In 2006, when we decided to set up  Novadem, we followed a vision : tomorrow the aerial dimension will be accessible to professionals from industry, security and defense to facilitate their daily missions. We started from scratch and designed our own drones solutions alongside our customers with a clear objective in mind : provide them with a powerful, simple and intuitive tool.

Recreational drones are used to produce illustrative pictures or video footages, but Novadem’s customers need to go one step further. For companies specialized in structure inspection, the image is only an input that is valuable if it brings added value during the expertise phase allowing to follow the evolution of the structure defects over time. For the firefighter, the image brings value only if it is shared in real time with the command post thereby enabling a better understanding of the situation and its evolution and optimizing ground crews’ coordination. For the soldier, the image must be combined with  maps compatible with defense standards and incorporate a digital terrain model to display precise GPS coordinates essential for sending teams to the area of ​​interest.

Novadem is proud to be the French pioneer of professional micro-drones and one of the few players in the world to benefit from more than 10 years of feedback on the use of its solutions. »

Novadem, the story of a pioneer

Experience gained over the years and innovations 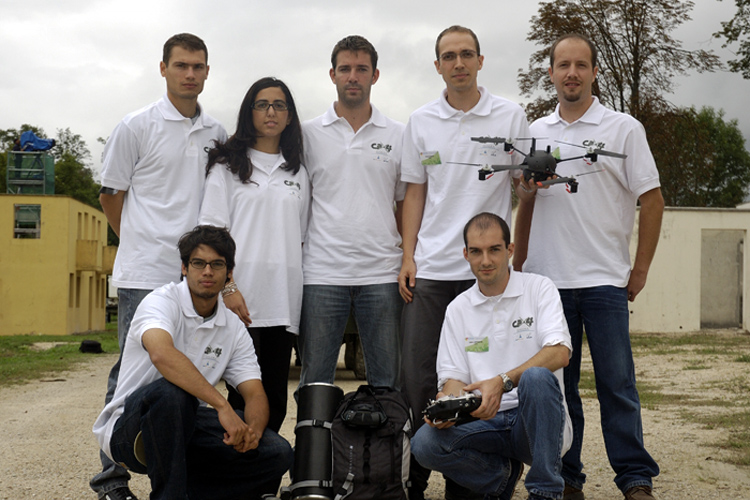 The INPGrenoble CPX4 engineering team led by Pascal Zunino wins the first prize at the International University Contest about mini-UAVs organized by the ONERA and DGA.

THE U130 INSPECTS CHINON NUCLEAR REACTOR 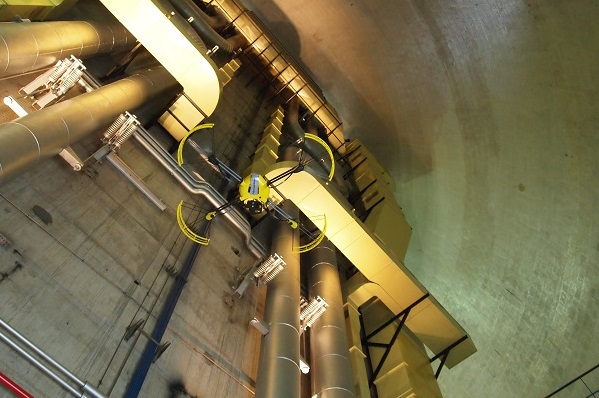 The use of a U130 UAV to inspect a nuclear reactor is a world first achieved by Novadem in A1 and A2 Chinon reactors.

NX110M INTEGRATED INTO THE FELIN MESSAGING 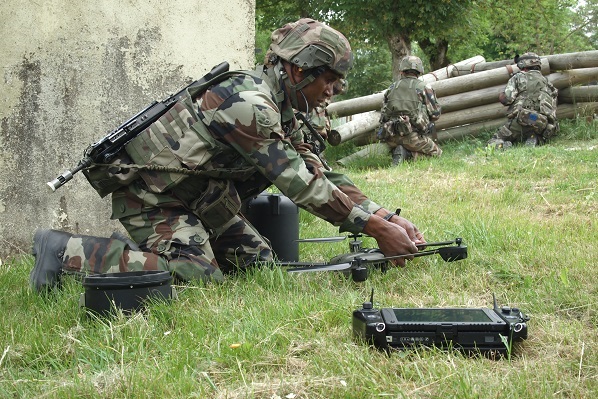 As part of the PHOENIX II program, the Novadem team worked to develop a data link between the NX110M and the FELIN messaging.

FIRST INSPECTION OF MILLAU VIADUCT BY A U130 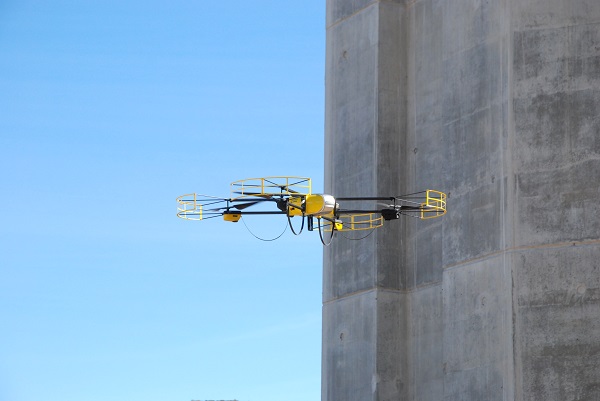 The highest viaduct in the world (Millau - 343 m) was inspected by a U130 drone. This world first still represents a benchmark in the inspection of high viaducts.

THE S.D.I.S.13, FORERUNNER IN THE USE OF DRONES 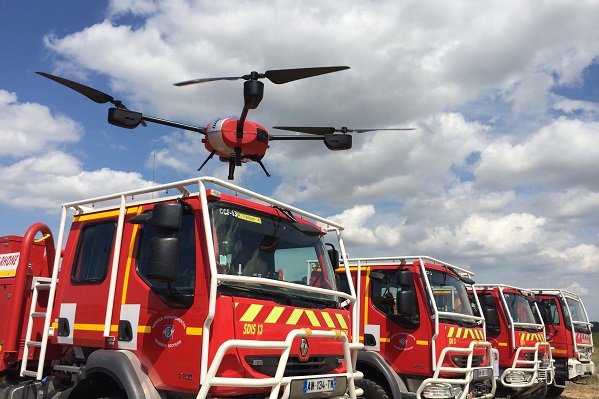 The S.D.I.S.13 firefighters acquire a NX110 and thus become one of the first French units to exploit this new technology. 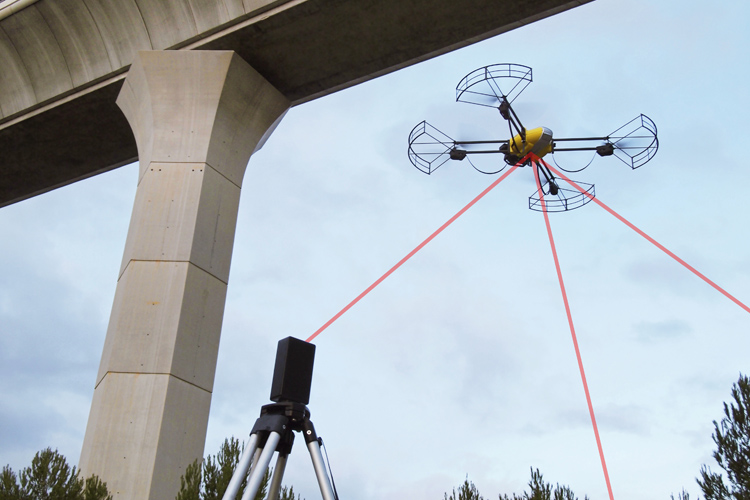 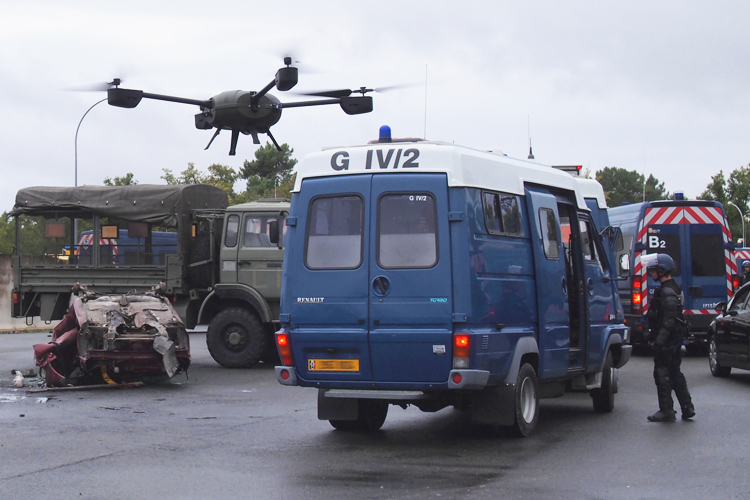 After a European tender procedure, Novadem delivers a fleet of NX110 to the French Gendarmerie Nationale. 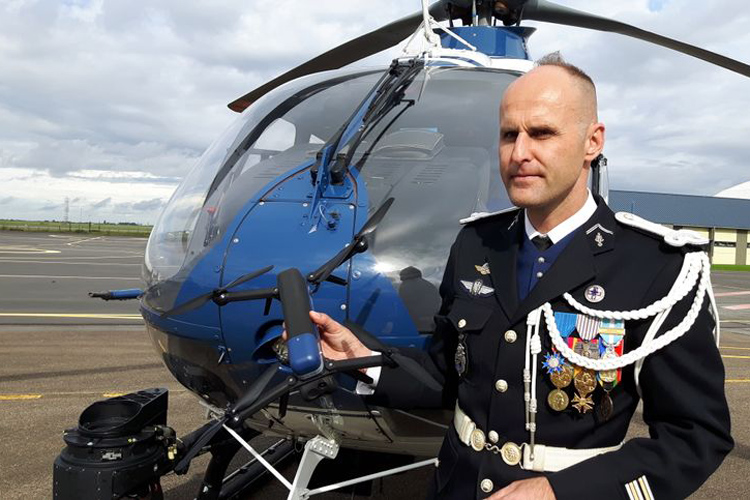 Novadem wins with the drone NX70, the second tender of the French National Gendarmerie on the purchase of 19 UAVs.

THE FRENCH MINISTRY OF DEFENSE CHOOSES THE NX70 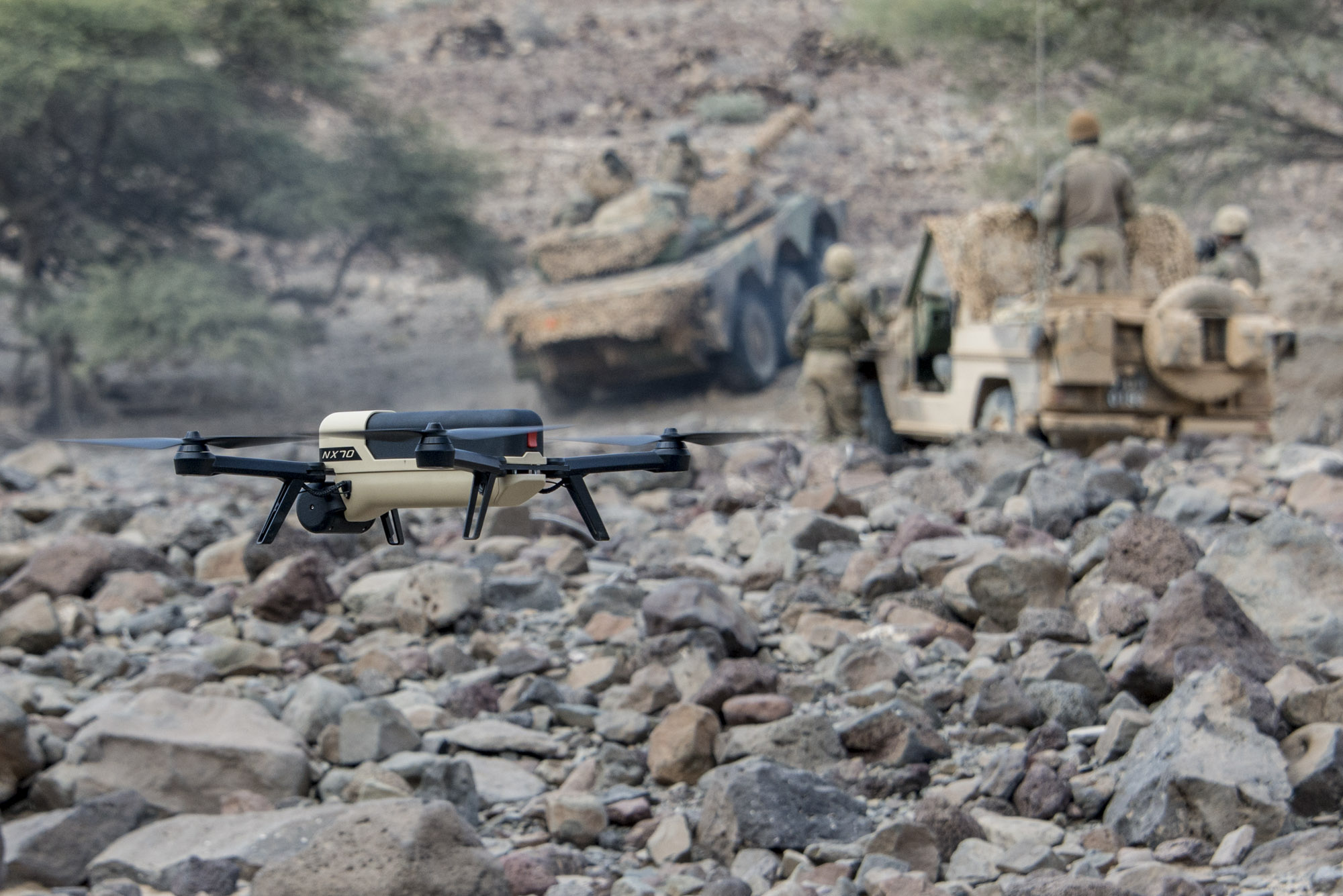 More than 50 NX70 micro-drone have been ordered by the French Defense Procurement Agency (DGA) to equip soldiers deployed in external operations. 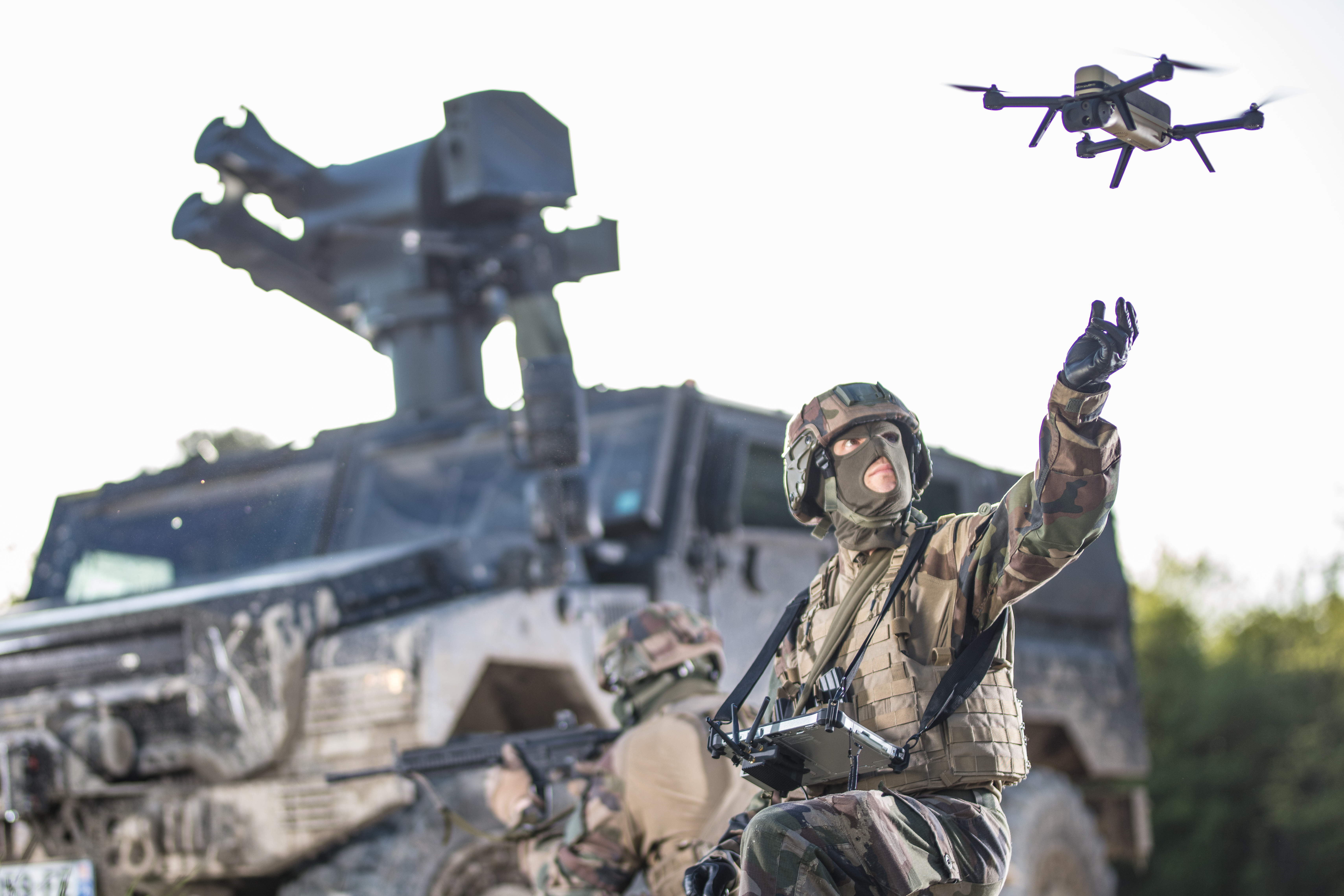 Following an international market research, MBDA has selected the NX70 to expand the capabilities of its next-generation land-based missile, the MMP.

THE FRENCH MINISTRY OF DEFENSE DOUBLES THE NUMBER OF NX70 DEPLOYED 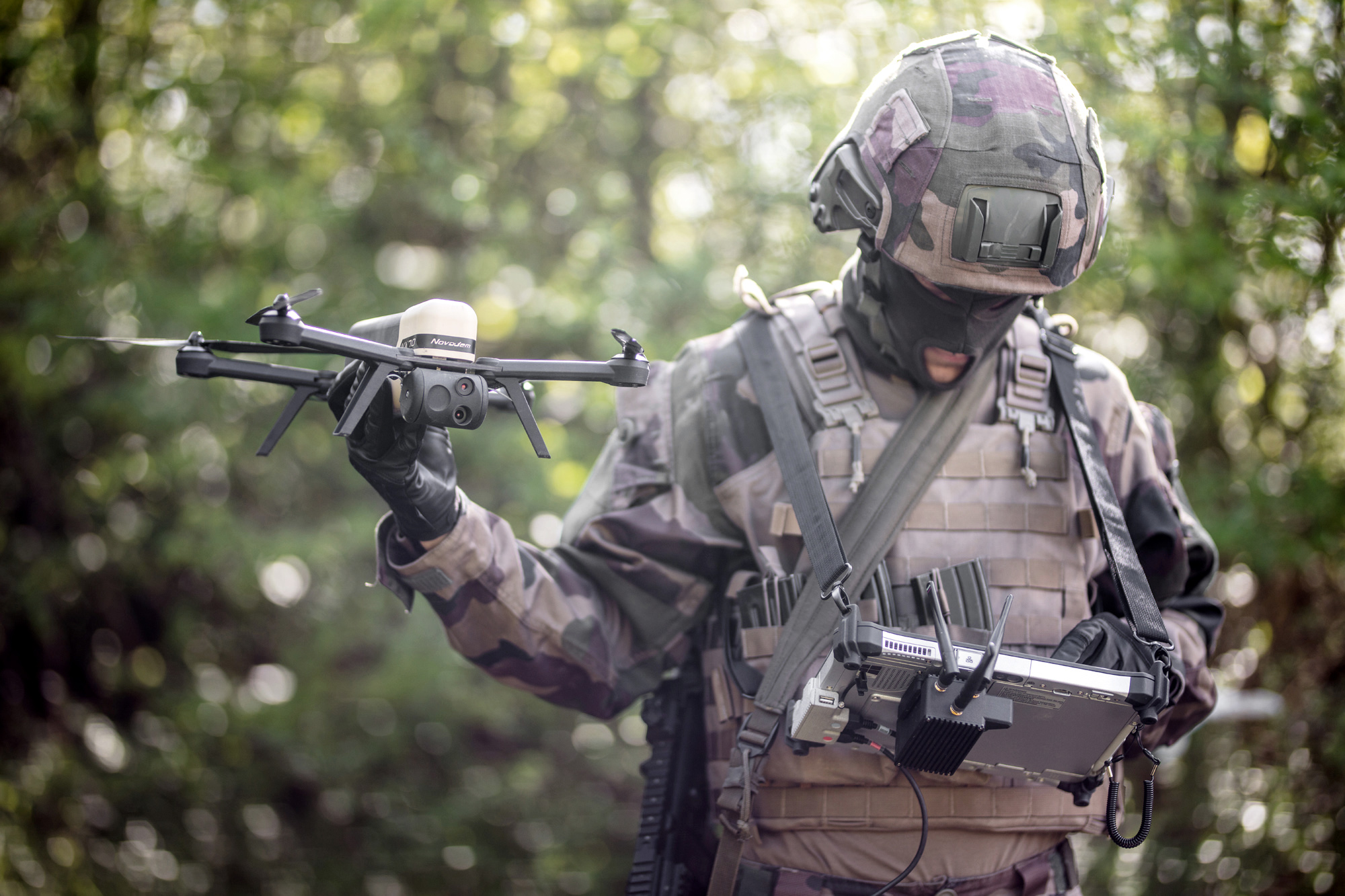 Less than a year after having projected the first NX70 micro-drones in external operations, the DGA (French Defense Procurement Agency) placed a new order with Novadem to double its fleet. 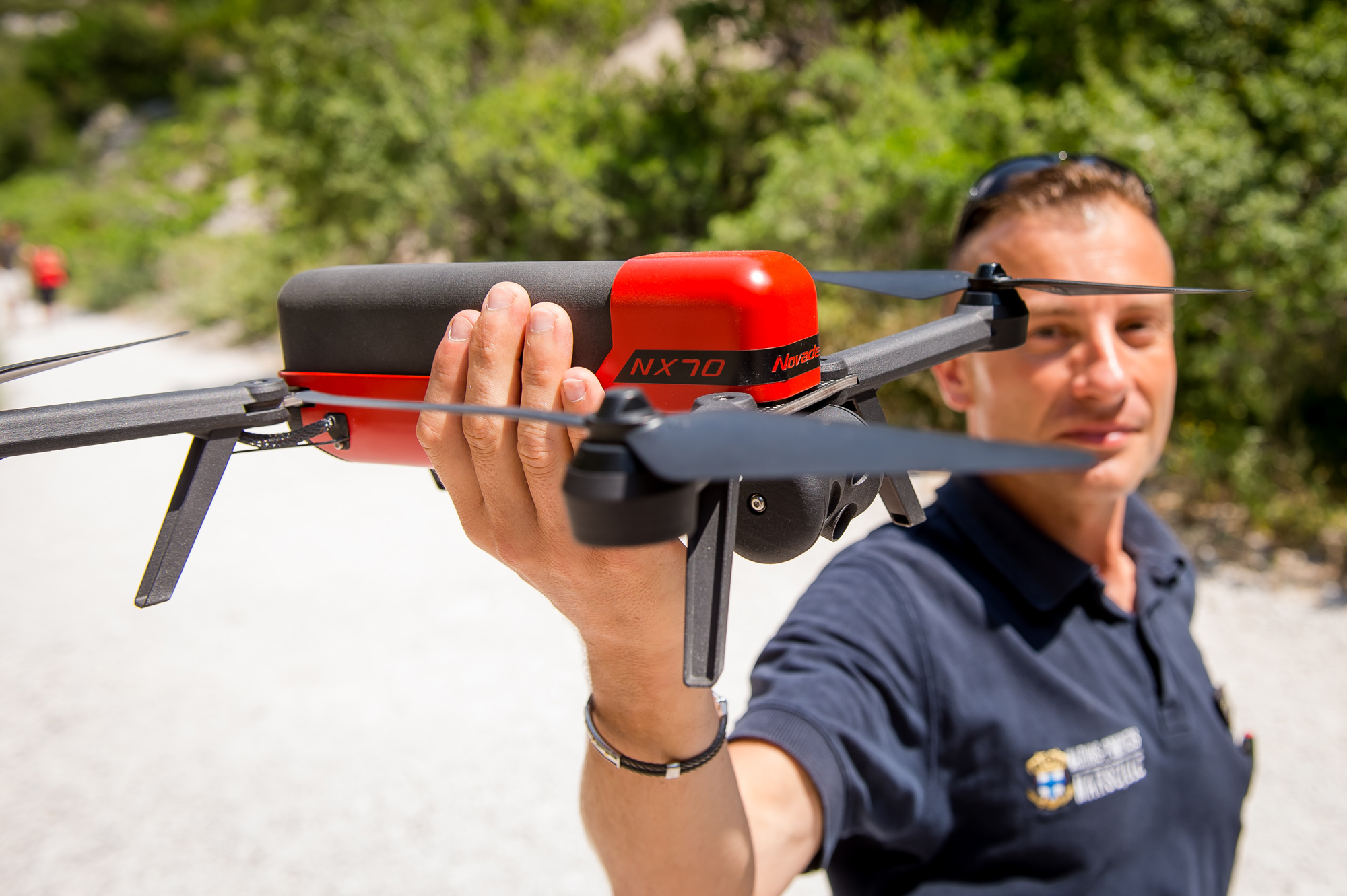 A fleet of NX70 micro-UAVs has been acquired by the Marseille’s Navy Firefigters Battalion (BMPM) to support operations.

We changed their jobs

Since 2016, the U130 UAV designed by Novadem has been used for the inspection of high voltage pylons and substations of RTE (the French transmission system operator). The U130 is responsible for identifying signs of deterioration and possible transmission system anomalies. The drone solution brings many advantages : ease of deployment, time-saving, substantial savings compared to traditional airborne solutions, high picture accuracy, reduced risks for the staff.

The world highest viaduct inspected by the U130 drone

In 2011, the U130 UAV designed by Novadem was operated as part of the first detailed inspection of the Millau Viaduct. This world premiere remained a reference in the field of drone inspection because it enabled to divide by four the inspection time, reduce the associated costs and integrate the vision of a concrete expert during the inspection phase, while keeping the man far from risks related to work at height. Since 2011, the U130 drone returns every year to check the bridge piers and deck and compare, thanks to specialized softwares, the evolution of structure defects.

Since 2014, the NX110 drone designed by Novadem has been used as part of the daily missions of the firefighters of South of France (S.D.I.S. 13). In 2018, the S.D.I.S. 13 decided to complete its fleet with NX70s. Their flexibility makes it possible to use Novadem drones in various missions : detection of hotspots after a forest fire, search for people after floods, damage assessments, etc. Thanks to the 3G/4G information sharing, Novadem drones make it possible to increase the operational added value of the systems by optimizing and rationalizing ressources involved during the intervention.

Thanks to its strong technological complementarity (Mechanics / Electronics / Computing / Ergonomics), Novadem guarantees a comprehensive technical and industrial mastery, from design to manufacturing. Since 2006, Novadem has used its skills to develop its own products in the field of aerial robotics (UAV/drone). Its know-how in engineering is now both recognized by most manufacturers in the field and high-tech SMEs who call upon Novadem expertise. 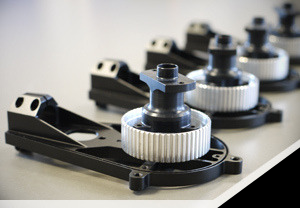 Novadem fully develops all the mechanics of its systems. With a complete control of the conception process and industrialization 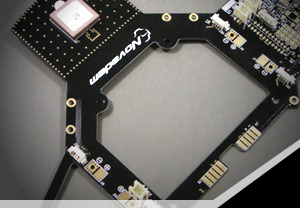 Novadem fully develops all the electronics of its systems. Its expertise in terms of embedded electronics ensures a perfect control of every key function quality and performances : Inertial unit / Engine controller / Video management / Charger / Battery management. 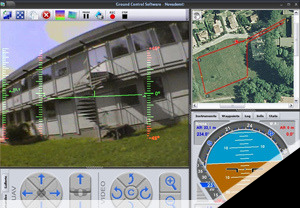 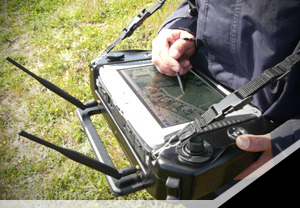 Novadem has a strong experience in systems ergonomics, both on software with the design of specialised Human-Machine Interfaces and on products with a design approach oriented on usage and mobility.

Novadem, a pioneer for which innovation is part of its DNA

The Novadem team innovates every day to propose its customers the highest technology level. Our goal is to increase systems’ operational added value : for example, since 2009, Novadem had developed a tethered solution, thus allowing the drone to fly unlimited for missions requiring observation persistence. More recently, our latest generation of NX70 drone solution allows to go beyond the vision and to move into action thanks to its carrying capacity which allows it to drop different types of devices : kevlar to pull a zip line between two cliffs or to quickly access the victim.

By calling up upon Novadem skills in ambitious R&D projects, SMEs and large industrial groups demonstrate their confidence in our technological expertise. Over the years, Novadem had worked alongside companies such as Airbus Defence & Space, MBDA, SAFRAN, CNRS, CEA, Nexvision, Inpixal, Delair or INRA through collaborative projects whose results already foreshadow what tomorrow’s drones will be.

Since the beginning of the adventure, we have found the support of different partners which has allow us to continuously develop our solutions in the best conditions :