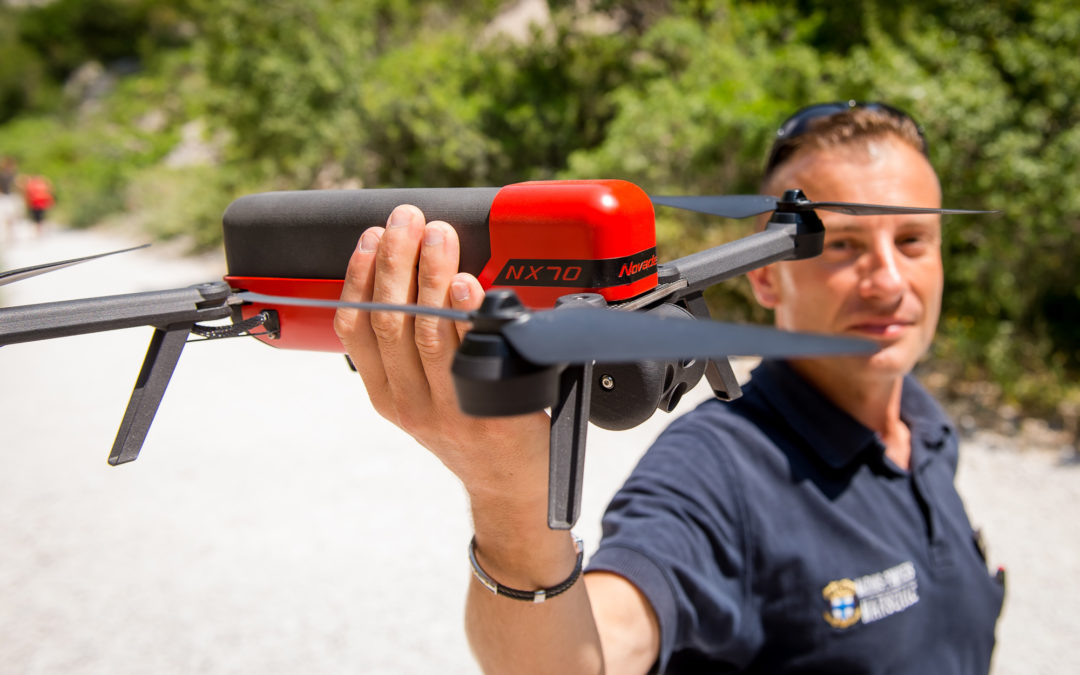 In 2020, Novadem NX70 micro-UAVs will be used to support operations of the prestigious Marseille’s Navy Firefigters Battalion (BMPM). These UAVs will bring an aerial intelligence capacity, immediately available, and an operational added-value in a broad range of missions.

The Marseille’s Navy Firefighters Battalion will count in a few weeks among its staff a team specialized in robotics support who will implement a fleet of four Novadem micro-UAVs.

« This team will be endowed with urban and off-road vehicles that will allow for engagement, multi-sensor coordination and image-based intelligence », outlines the Lieutenant-Commander Christophe F., Chief of Studies Division in charge of the development of robotics technologies.

During the last ten years, military and civil defense forces faced a huge technological breakthrough with the emergence of robots and UAVs. In this context, the BMPM first chose to keep an active watch on these innovations prior to defining its own strategy of use of this technology.

During the summer of 2017, Novadem took part in an exercice of the BMPM organised by the hazard recognition and intervention group (GRIMP) in the Marseille ‘s calanques national park. Pascal Zunino, Novadem’s CEO and co-founder, recalls : « we were able to measure the significant added value of the UAV’s thermal imaging camera during the victim’s localisation phase ». This exercice also allowed to identify other needs : « by observing personnel during the rescue phase, we came up with the idea of developing an equipment for the NX70 micro-UAV that would allow to quickly set up a zip line between two cliffs using a small spool of Kevlar thread unwound by the UAV », outlines Pascal Zunino. This equipment called NXDROP, imagined in the field alongside the operational staff, is today one of the various options acquired by the Battalion.

A first for the BMPM

The setting up of this team specialising in robotics support and the acquisition of NX70 micro-UAVs meet a clear objective: obtain an operational improvement for mission accomplishment.

« Thanks to these high-quality tools, the command will have real-time information enabling it to better understand the issues at stake in order to guide its decisions », indicates the Lieutenant-Commander Christophe F. To do it, these equipments must be « easy to implement, reliable, robust and compatible with a computer system for the management of operations while guaranteeing sufficient data protection ».

The NX70, beyond its day and night observation capabilities thanks to its thermal imaging camera, has information sharing capabilities thanks to the real-time transfer of images and cartography to a secure server via the phone network. The images can also be interfaced with BMPM’s existing operations management software in order to monitor operations directly at the operations management centre located in the heart of Marseille.

Novadem benefits from more than six years of feedback on the use of its UAVs in rescue missions. In 2014, Novadem won the SDIS 13 call for tenders for the acquisition of UAVs. The SDIS 13’s confidence in Novadem was renewed shortly afterwards by a new acquisition of equipments. These UAVs have since been used for a broad range of missions: monitoring the resumption of forest fires, industrial fires, search for people after flooding, search for oil pollution sources, etc.. In 2017, some Novadem micro-UAVs were sent in Sint Maarten after the Irma hurricane to help local firefighters. More recently, they have been used during forest fires in Bolivia to help coordinate the deployment of responders.

« The entire Novadem team is proud that the Marseille’s Navy Firefighters Battalion has chosen the NX70 and that our technology can contribute to increasing their operational efficiency by providing a better understanding of the situation and reducing intervention times in order to better protect our territory and the population », said Pascal Zunino.