The Novadem NX70 micro-UAVs have just arrived in operations 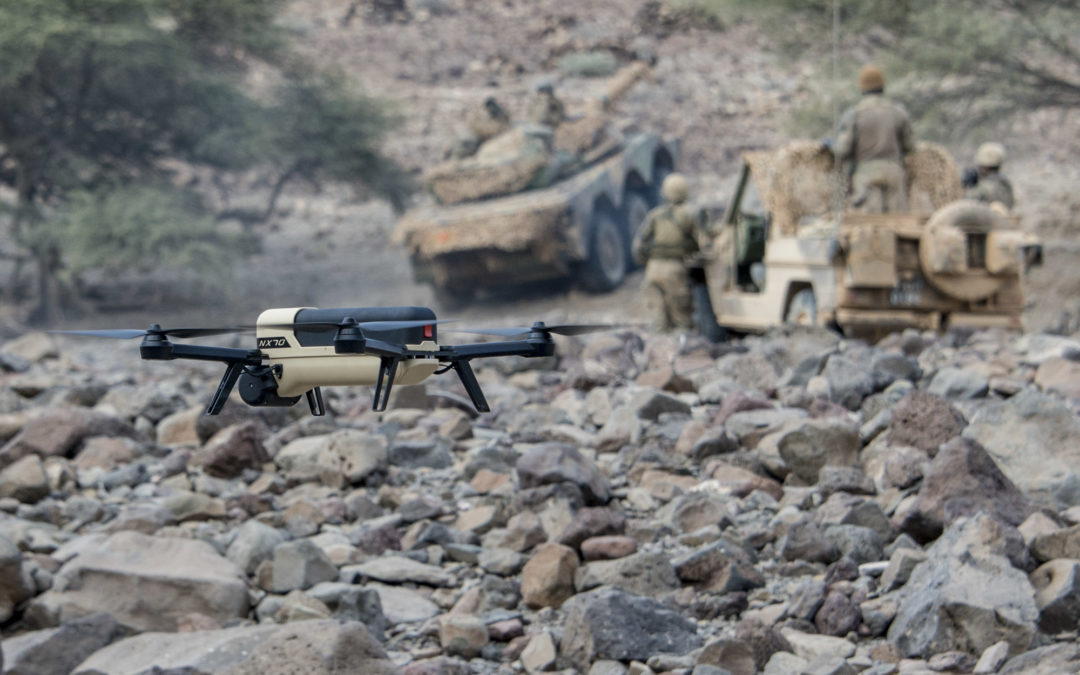 Novadem has just finalized the delivery of the 27 NX70 micro-UAV systems ordered by the French Defense Procurement Agency (DGA) last December. As a reminder, this order valued at over €2 million was placed in the context of an emergency operational requirement, approved by the French Armed Forces Headquarter at the end of 2018, aiming at quickly providing high-performance, day/night secure detection capabilities to the land forces.

These last eight months have seen intense activity from the Novadem team ! There are no less than 55 micro-UAVs and almost 400 associated items of equipment and spares that have been manufactured and delivered to the DGA.

« We managed to manufacture and deliver in a short period of time all equipment ordered by the DGA, which have been deployed shortly after in operations. For several years, we have put in place all necessary processes and documentation to be able to face, when the day arrives, this increase of the production rate. This major contract has allowed us to refine and validate our organization in order to make it replicable in the future and to reach the quality standards expected by the DGA », commented Pascal Zunino, Novadem CEO.

Over the years and customer feedbacks, the NX70 has been evolved to a Block 2 configuration by the beginning of 2019. The first generation of NX70 users was the French Gendarmerie Nationale, after Novadem won the tender in 2016 for delivery of 19 NX70 micro-UAVs. Their feedback – and that of other customers in France and abroad – allowed for development to progress to the Block 2 standard, a step forward compared to the first generation. In particular the image stabilisation, DRI performances and night vision capabilities have been significantly improved. The RF links have also been evolved to meet military requirements: defence frequency bands, data encryption and a radio range increased to over 5 km.

A technical and operational evaluation conducted at the Mourmelon military camp in June by the land forces’ technical section resulted in validation of the NX70 system with reference to the French Armed Forces Headquarter’s DRI, range and endurance requirements. At the end of this evaluation, the Ministry of the Armed Forces considered the NX70 as compliant with the requirements of the operational emergency mandate and has validated its operational deployment. The NX70 systems arrived last week in external theatres of operations.

This contract represents a major step in the development of Novadem and brings the French company enhanced visibility and credibility in the international defence sector. The label “As used by French Armed Force” can now be applied to the NX70, reflecting and recognising the extensive work performed over the last 13 years.