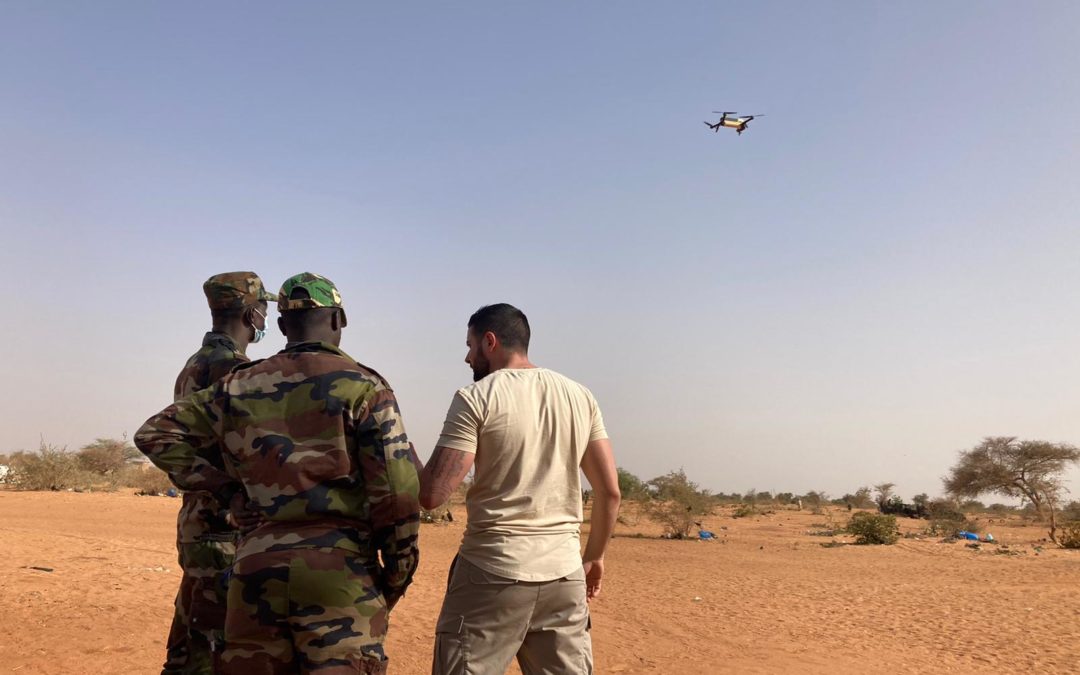 Novadem will deliver by the end of summer 2022, nearly 70 NX70 micro-drones to the G5 Sahel joint force. Created in 2015 by the states of Burkina Faso, Chad, Mali, Mauritania and Niger, this force brings together 5,000 men to combat cross-border terrorism in the Sahel region. The NX70 has been chosen to equip all its battalions thanks in particular to the solid feedback from which it has benefited since its deployment in 2019 by the french forces in these same regions.

The NX70 a “combat proven” drone

Over the past three years, Novadem has in particular delivered to the French Ministry of the Armed Forces (DGA contract) a fleet of more than 150 NX70 micro-drones. These systems are now deployed in external operations and are used for intelligence and protection missions by day and night, thanks to their high-resolution thermal camera and encrypted links, among other things. Their intensive use in the Sahel region has demonstrated the system’s reliability and robustness in extreme conditions (high temperatures, sand, strong winds, etc.). The NX70 was chosen to provide the G5 Sahel Joint Force with a micro-drone capability in the fight against cross-border terrorism. With this new order for some 70 micro-drones, the NX70 continues to attract the attention of the armed forces and has stood out as the ultimate multi-purpose and multi-role micro-drone.

The delivery of the NX70 systems has been divided into three distinct phases and will be completed at the end of summer 2022. The contract consists of the supply of systems and associated equipment, as well as several training sessions on the use of the NX70 micro-drone. At this stage, Niger and Chad have already received their equipment and have been trained. These training sessions take place in each country and allow the users to get acquainted with the system and to evaluate the full extent of its capabilities.