Novadem drones, the daily tools for the fire brigade 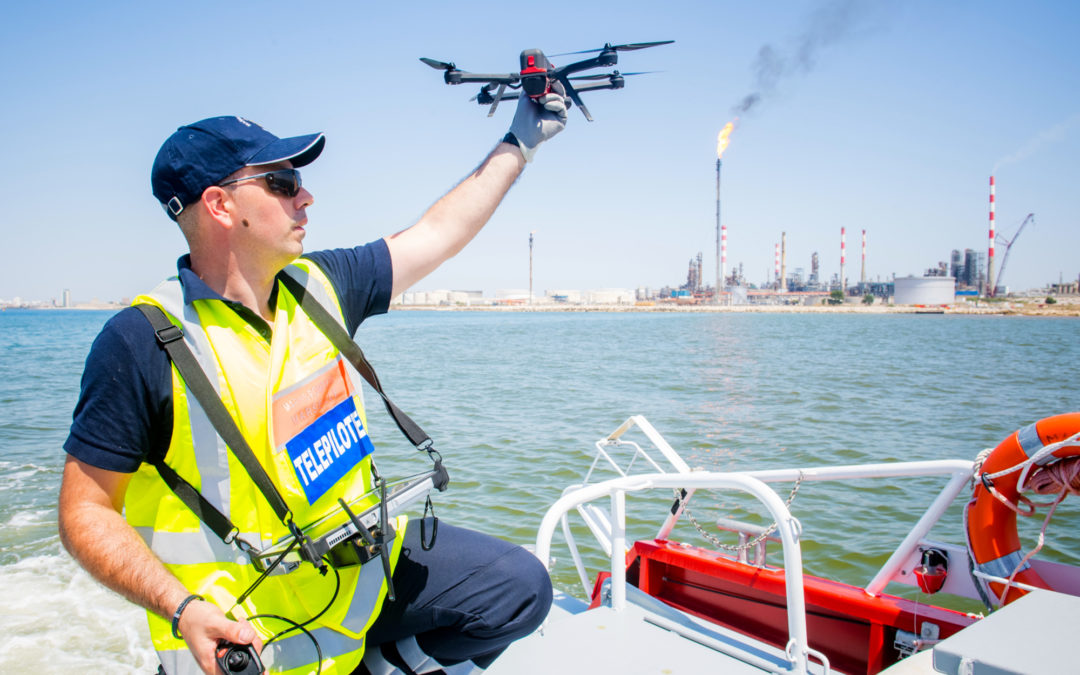 For more than 7 years, Novadem’s micro-drones have become daily tools for French firefighters. Successively, the SIDS 13 in 2014, the national civil security directorate in 2017 and then more recently in 2020 the Marseille Marine Fire Brigade (BMPM) have chosen Novadem drones to provide them with an immediate response in terms of aerial surveillance. Over the years, UAVs have demonstrated their operational added value for a wide range of missions.

The feedback of the BMPM

Over the year 2021, the BMPM’s NX70 drones have been used in some thirty interventions ranging from apartment, warehouse and ship fires to searches for people and marine pollution. In fire situations, the drone is a precious ally of the firefighters in order to identify the hot spots, thanks to the thermal camera, and thus to allow a decision support and coordination of the intervention teams for more efficiency and safety.
The overall view that the drone offers of an intervention zone is as much an asset during the intervention itself, as for example in the search for a missing person in the Goudes sector of Marseille; as it is during the feedback provided as part of the continuous improvement of intervention methods.
Finally, the drone has been used to combat maritime pollution in the Grand Port Maritime de Marseille (GPMM) with a precise identification of hydrocarbon pollutants, thus helping teams at sea and on the ground to limit the spread of slicks and monitor the evolution of the situation.
All these missions, carried out during this year, were conducted by a team specialized in robotic support, which uses a fleet of four Novadem NX70 drones. They also have a dedicated intervention vehicle to implement the battalion’s robotic means on immediate departure. The training aspect is not left out with regular training of the teams to maintain the personnel in operational condition.

A technology which continuously evolves

Novadem benefits from more than seven years of feedback on the use of its drones in the context of rescue missions. It is this experience that feeds the R&D teams based on the Arbois technology park site in Aix-en-Provence in order to improve and design new products that are always as close as possible to operational needs. It is on the occasion of the 127th edition of the national fire fighters’ congress, which will start on 13 October in Marseille, that Novadem will be presenting the developments in its NX70 drone and also the arrival of its new NX160 drone with increased carrying capacity thanks to its 2kg payload. The NX160 thus broadens the spectrum of Novadem UAV missions and opens the way for the integration of specialised sensors such as CBRN measurement for detecting chemical threats (technological partnership with Proengin on this subject).