NOVADEM extends its NX range with a new drone, the NX160 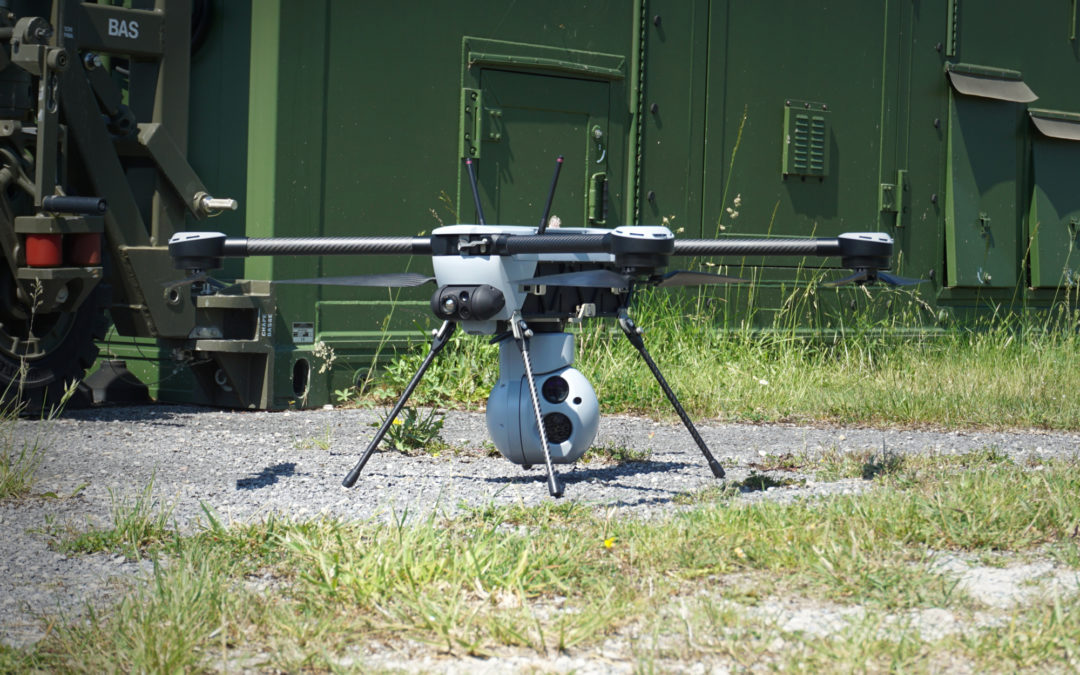 Novadem continues to develop its range of drones for defense and security professionals, with the arrival of the NX160. This drone has extended capacities for a greater diversity of missions thanks in particular to its “mission pods” and its payload of 2kg.

After several years of success thanks to its NX70 drone, which equips, in particular, the French armed forces and the Marseille firefighters, Novadem is completing its range with the NX160. Thanks to its carrying capacity increased by its payload of 2kg, the NX160 broadens the scope of Novadem drones missions and paves the way for the integration of specialized sensors. This is already materializing through the partnership between Novadem and Proengin offering a unique airborne chemical threat detection solution (AP4C+ and NX160 drone).

The origins of the project

“We were requested by users and some of our industrial partners for specific missions that the NX70 could not meet due to its carrying capacity. A solution had to be found to complete the scope of use of our solutions. We heard the needs and developed in record time a new carrier that takes over 80% of the NX70 solution. It shares the same ground station, the same data links, the same on-board avionics, which has enabled us to considerably reduce the development cycle.”

Complementarity in the range

The NX160 complements the NX range for missions where a large payload, in the order of 2kg, is required. This is particularly the case for carrying specialized equipment such as an CBRN sensor for the detection of radiological or chemical threats, a LIDAR or photogrammetry’s sensor for surveying the terrain, a long-range observation turret, a load release device and many other needs. In terms of takeoff weight, the NX160 evolves between 6kg and 8kg depending on payloads, for a range that can exceed the flight hour depending on the configuration. It thus provides extended capacities with as much mobility as ever, thanks to the transport of the entire solution (ground station, payload, battery, etc.) by a single man in a backpack.

The NX160, through its technological heritage, shares the same ground station as the NX70 allowing immediate use for an operator already trained in the NX70. This considerably limits training times for teams that are already operational. Users will be able to switch from the NX70 drone to the NX160 drone with the same ground station, paving the way for various missions where the NX70 intelligence micro-drone and the NX160 multi-missions mini-drone can coexist. Thus Novadem pursues its vision with interoperable and rationalized solutions to ensure high capacity consistency, expected by current users.

The NX160 offers a wide scope of missions thanks to a principle of “mission pods”, interchangeable directly in the field, without tools. These pods will enrich the versatility of the NX160’s missions during the life of the system with the objective of covering a maximum of operational needs through the same system. Novadem is leading the way with its partner Proengin by developing the first solution dedicated to the CBRN field to deal with chemical risks. The technical teams of Novadem and Proengin have been working for several months for the integration of the new AP4C+ detector in order to provide a unique NX160 & AP4C+ solution, compact and efficient.

Beyond chemical detection, the NX160 is also equipped with an ASIO 155 bi-spectral observation turret, the most efficient in its category, a product also co-developed by Novadem and its partner INPIXAL.

Finally, a release hook concludes the first series of “mission pods” by allowing a load of up to 2kg for various needs (survival kit, buoy, smoke, etc.).