NOVADEM will deliver in 2021, about fifty more micro-drones NX70 to the French Army 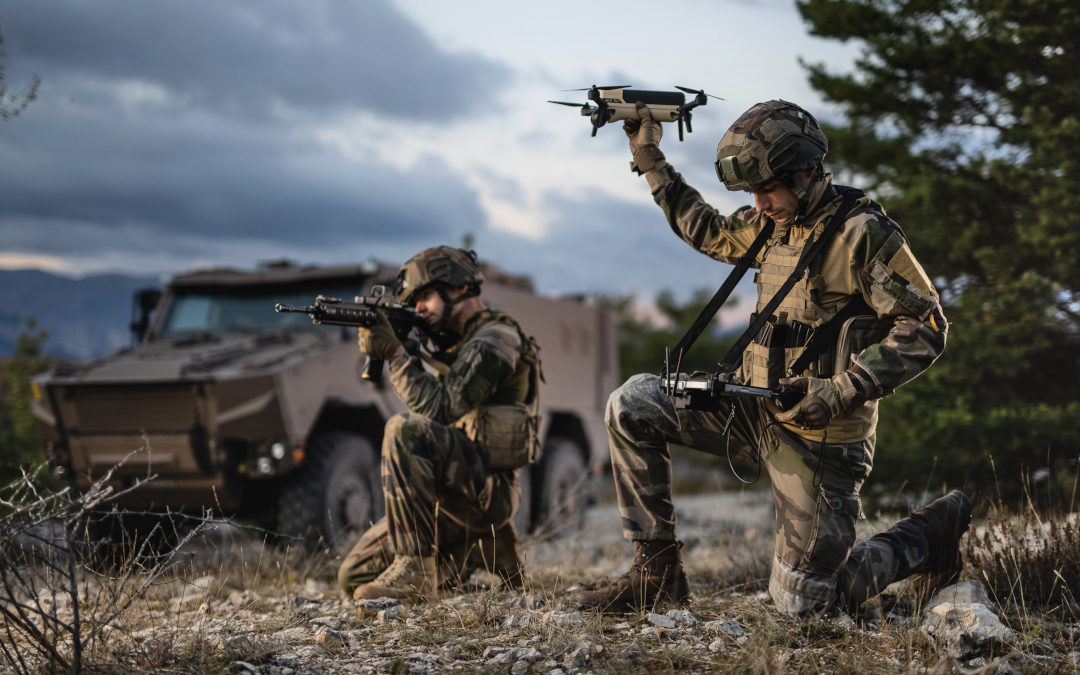 The French Government Defence procurement and technology agency (DGA) has placed a new order to reinforce its fleet of micro-drones NX70 already used by French soldiers. Since 2018, the number of NX70 owned by the French Ministry of Army has continuously increased to reach more than 150 Novadem drones ordered today.

At the end of 2020, Novadem received from the French Defence procurement agency (DGA) a new order for about fifty more micro-drones NX70. This is the third order in two years and proves, once again, the mutual confidence between the French Ministry of Army and NOVADEM. Since the initial order in 2018, the fleet of drones NX70 used on external operations (OPEX) has never stopped growing every year. To date, there are about 150 NX70 drones and more than 200 associated equipment and spare parts acquired, for a total order amount of more than six million euros.

This new order also demonstrates an evolution for NX70 night vision capabilities. In fact, thanks to the experience feedback from the soldiers on the field, Novadem has worked and equipped its drones with a thermal camera with a double resolution than the current one. This night performance is unrivalled by any system of this range. Half of the NX70 drones will be delivered with this new high-resolution thermal camera, named 640, for the purpose of the most demanding night missions driven by units specialised in observation and research. This is added to the existing versatility of the NX70 fleet, which is already equipped with tethered power supply for continuous observation and protection missions, and also data link terminal placed on vehicles or directly handled by soldiers allowing information sharing on the field.

The delivery will occur on the first half of the year, with the first units planned to be received by the DGA in April 2021. Then, after six months of work achieved by Novadem assembly teams in Aix-en -Provence, the rest of the systems, equipment and spare parts will close the delivery by the beginning of the summer.

“These last three years, we move forward incredibly fast in NOVADEM’s History. This dynamic has only been allowed thanks to the massive deployment of our systems on field. Beyond financial benefit engendered by these three orders, we have been able to go further in the performances and reliability of our products. We are proud that our NX70 is one of the few drones to be “Combat Proven” and moreover MADE IN FRANCE, from the development to the manufacturing.”

Despite a complicated year for the sector, with the cancellation of all the professional exhibitions, Novadem has shown its resilience and closed 2020 with a growth of its revenue. The outlook for 2021 is already well underway both in production, thanks to this new order, and in R&D, with the project LynkEUs in partnership with the French company MBDA (this project is part of EDIDP: European Defence Industrial Development Programme). Thus, Novadem is still growing and recruiting in 2021, especially Engineers and Business Developers.

This LynkEUs project, coordinated by the French company MBDA (European Leader in missiles and missiles systems design), and funded by Europe with 6.5 million euros, seeks to develop a beyond-line-of-sight (BLOS) missile’s attack capability thanks to aerial and terrestrial robotised observation tools. This project is part of the EDIDP (European Defence Industrial Development Programme), which has been designed in order to reinforce the European Union’s strategic autonomy in Defence. Novadem has integrated a consortium of 10 others French, Belgian, and Cypriot companies and institutions, and together they will collaborate on the project.