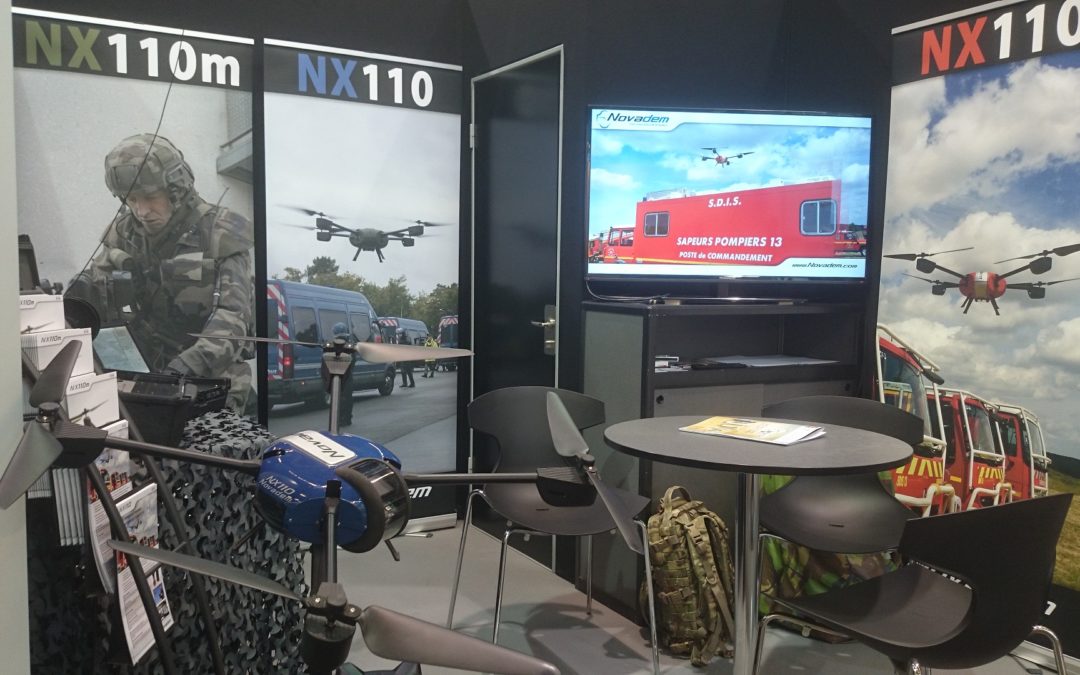 Novadem presented its range of NX110 micro-UAVs and the associated innovations during theinternational exhibition of internal State security, Milipol Paris 2015.

For its 19th edition, the exhibition brought together from 17th to 20th November 949 exhibitors from 55 countries in the exhibition complex of Paris Nord Villepinte. With around 25,000 visitors from 143 countries and 115 official delegations, this exhibition under the aegis of the Ministry of Interior is an international reference in the field of security.

Once again this year, Novadem exhibited in the EDEN Pavilion, which gathered around twenty SMEs member of the French defense and security cluster. This network represents almost 130 SMEs, which together total 9,000 jobs and nearly a billion euros of turnover.